Everything started with Sephora video – cute English accent, unusual brush, bigger and blacker lashes – I was sold! And Hourglass Film Noir Lash Laquer delivered! I am a little bit resistant to buy mascara which is more expensive than Dior or YSL, but Lash Laquer is such a wonder product, I can justify every penny.
Hourglass Lash Laquer is a top coat for lashes. It’s better when used with lengthening or/and defining mascara. It’s a dramatic black gloss.  I did  swatches to compare LL to other black mascaras, you can see the difference.

The lashes look very shiny, instantly thick.
The brush looks like liquid eyeliner brush with shorter and thicker bristles and easy to work with.
For eye swatches I used Estee Lauder Sumptuous mascara. I started with small strokes of Lash Laquer at the outer corner but it was so addictive and so much fun, I couldn’t stop!

With Film Noir Lash Laquer you can pick drama level you are comfortable with. But of course, this product is not for those who loves natural look. It’s for drama lovers. I worked FMLL up to spider web because I love the look. But you can only put it on the tips of your lashes and it still will be different.
There is only one downside I want to mention – it’s pretty hard to remove. It took me at least 3 cotton balls per eye to take the Laquer off and one extra to make sure. But I am ready to suffer a little as effect is so great! 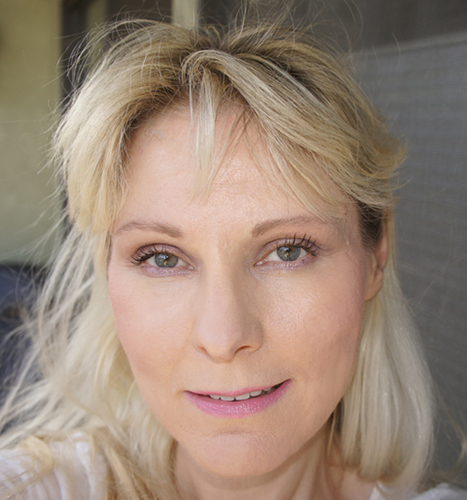